Having a high ceiling is generally considered to be a good thing. With all of that vertical space, you can create an increased sense of grandeur that is just not possible with a low ceiling. The benefits of high ceilings tend to come into their own in spaces such as living rooms and hallways, but what if your kitchen has a particularly high ceiling? What do you need to know in terms of kitchen design to make that high ceiling work for you?

Consider the lighting carefully. When you have a kitchen with a low ceiling, you can get away with having a few spotlights on the ceiling and not much else, but spotlights aren't going to do much for you if you have a high ceiling. Instead, you will need to think about how to light your kitchen from the ground up. If you have low cupboards, consider putting lighting within the cupboards themselves. You will then need to consider how you are going to light the countertops. There could be lighting on the walls or lights shining down from something like a stove hood to give you the illumination you need for cooking. While high up spotlights might not be very useful, you could have hanging pendant lights that drop down from the ceiling.

Make it a statement space. Any room with a high ceiling can be turned opulent. But for this to work with a kitchen, you will need to think of your kitchen as a grand entertaining space and not just a functional place where you cook for the kids and do the washing up. You might have never thought about hanging a chandelier in your kitchen, but with a high ceiling that is a real possibility. Of course to carry off that kind of feature with aplomb, you need to follow through with the whole kitchen design. A long marble table and a hanging chandelier are certain to make your kitchen a perfect entertaining space.

Think storage. Thinking practically, you might feel lucky to have such a high ceiling considering that the kitchen is a room of the house where people often complain about not having enough space. But bear in mind that you probably won't be able to use all of that vertical space for storage, simply because you won't be able to reach things. You will still need to have ground level storage options if you want the kitchen to be a functional, cooking space so ensure this is integrated into your kitchen design. 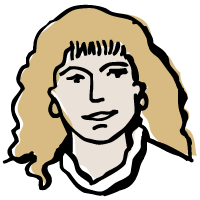 When my son was young, I went to town decorating his bedroom with soft furnishings adorned with his favourite cartoon characters and more toys than he knew what to do with. My goal was to create a fun space he would enjoy spending time in, but I didn't consider functionality when I was kitting the room out. There was barely any space left to actually play with his toys, clothes were crammed into a small chest of drawers and natural light was being blocked by bunk beds. I realised I needed to simplify his bedroom to allow him the space to be creative. I started this blog to share what I learned as I transformed my child's bedroom to an organised, functional space that provided the opportunity for fun. I hope you find my blog useful and enjoyable.